CMH Subaru East Rand recently took part in a Karting competition to support the Ann van Dyk Cheetah Centre. The centre was established in 1971, as a cheetah conservation project. The centre has continued to perform an important role in the preservation and protection of cheetahs and has bred over eight hundred cheetah cubs. 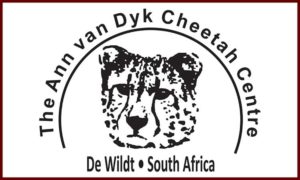 The eleventh Ann van Dyk Cheetah Centre fundraising event was held at Zwartkops International Karting circuit in October. The event featured a number of corporate teams, racing in a 2 hour endurance karting race .This annual event is a highlight of the year for the team, giving us the opportunity to have some motorsport fun in aid of a really good cause.

CMH Subaru East Rand had the new Subaru Forester along with the latest Subaru range on display at the fundraising event. It was no surprise that the new Forester turned heads with its new rear design which now includes split rear taillamps with a more pronounced C-shape, and a black rear cladding which now extends higher than before, a more practical and adventurous design. 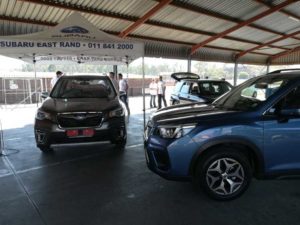 This was the first year that CMH Subaru East Rand participated in this event and even though we did not get a podium finish we put on an excellent showing.We would like to send a massive thank you to Subaru racing legend Clare Vale who invited us to the event. We look forward to the twelfth Ann van Dyk Cheetah Centre fundraising event 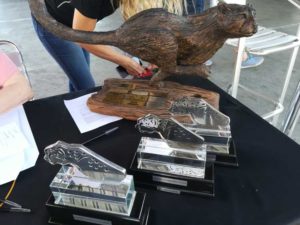